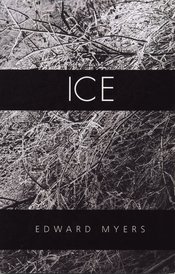 High school seniors Jenna Clooney and Seth Sumner share a tragic loss: Jenna’s sister Frannie—Seth’s girlfriend—has died in a car accident. But this tragedy hasn’t brought Jenna and Seth closer. Instead, it’s made them the worst of enemies, for Seth caused the accident that took Frannie's life. These former friends now carry a huge burden of anger, regret, and grief. Ice tracks two teenagers on a collision course. Trying to ease his guilt, Seth joins a volunteer ambulance squad as an emergency medical technician (EMT). At the same time, Jenna undertakes her own quest to understand how a good person like Seth could have committed such a terrible deed. This quest ultimately prompts her to become an EMT just like Seth and then pursue her ex-friend into his refuge, the local first aid squad. Played out amid the constant dangers of EMTs’ work, the events that happen next will either ruin these two teenagers’ lives—or else grant them the peace that both crave but neither has been able to attain.

Ice has been added to your shopping cart.