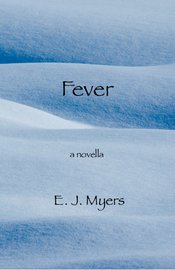 Seething with rage toward what he regards as the sinful modern world, a thirty-eight-year-old survivalist named Cliff retreats to an uninhabited valley deep in Colorado’s Rocky Mountains. He has re-novated a Depression Era miner’s shack at timberline and has stocked it with food, cold-winter clothing, equipment, and weapons. In this aerie Cliff awaits the collapse of civilization, the Tribulation, and the End of Days. He is prepared for any and all of the catas- trophes destined to befall humankind.

Cliff peers into the stove and witnesses a fierce sight: logs transfiguring themselves into log-shaped radiance, currents of heat pulsing and swirling inside the conflagration, flames rising urgently toward heaven. He can gaze at this sight and see nothing but wood, fire, sparks, and smoke. He can gaze again and see a far more appalling sight: cities in flames, houses consumed, skyscrapers alight, tenements hemorrhaging fire. Staring, Cliff knows that he has been granted a vision of the future. Sin will be purged. Filth will be cleansed. The cancer of modern life will be excised. The wound will be cauterized and allowed to heal.

Soon, however, Cliff starts to wonder if the Tribulation unfolding before him takes place out in the world or inside his own mind.

Granite peaks mottled with snow rise to the north and east; to the south and west, a mile across the bowl of land, the valley tilts to form a jagged ridge.  Surrounded by these fortress walls, Cliff's shack stands on a slant of tundra where the fallen trunks of old fir trees, bare of limbs and bleached gray, have spiraled apart over the years.  Cliff gathers wood from this ruined forest.  He spends the short autumn days dragging poles across the slope, saws and splits the logs, and stacks firewood until the pile is four times bigger than the shack itself.

It's mid-October.  September was brilliant, though its intense yellow sheen tarnished quickly, fading altogether within a few weeks.  Aspen leaves now lie matted on the forest floor.  Each day the clouds boil over the ridges, slide down the timberline slopes into the valley, and hurl sleet through the skeletal trees.  Cliff notes once again how quickly the seasons change up here.  Snow has already started whipping and sifting in the wind, and a few small drifts lie snugged against his shack.

The weather makes no difference.  Cliff is confident of his preparations not just for the winter but for all of the coming hardships.  He has left nothing to chance.  Having worked all summer, he now stands in the dim light of the mineshaft near his shack and sizes up his supplies.  Flour, sugar, salt.  Cooking oil and powdered milk.  Holding a clipboard, he checks each item off a multi-page list.  Peas, dried beans, lentils, unmilled wheat.  Sacks of potatoes, carrots, turnips, and beets. Tins of corned beef, ham, and fish.  Packets of beef jerky.  Bottles of vitamins and minerals.  This stockpile will see him through the hard times to come.

He has stored general supplies as well:  pots and pans, cooking tools, knives.  Flashlights and batteries.  Two lanterns and gallons of kerosene.  A big first aid kit.  Never again will he let himself rely on the world below.  Even Cliff's clothes declare his self-sufficiency:  six pairs of long johns, three wool sweaters, two down parkas, two pairs heavy boots, and assorted socks, caps, gloves, and mittens.  Same with his choice of tools:  picks, pikes, and shovels.  Two axes, a hatchet, a splitting maul.  A rip saw, a crosscut, and a two-handled logger's saw.  Weapons, too:  an AR-15, a 12-gauge shotgun, a Glock pistol, and five thousand rounds of ammunition.

Of course he'll need to sustain not just his body but his mind to survive the rigors ahead, so Cliff has brought a small library:  a medical encyclopedia, a treatise on nineteenth century mining technology, a book about Rocky Mountain wildlife, a guide to edible plants, and a commentary on high-country survival skills.  Magazines:  Off Grid, Soldier of Fortune, Prepper, and Playboy.  Some favorite books from his boyhood:  Robinson Crusoe and My Side of the Mountain.  Most important of all, a Bible.

Finally—though he feels embarrassed even to own it—he has packed a cell phone.

Settled in with all his supplies and equipment, Cliff knows he can endure any challenge that man, beast, nature, or God may set before him.  He'll make it through the cold months that will soon isolate him as totally as if he had crash-landed in Antarctica.  Then, emerging in late April or early May, he'll leave his timberline refuge, scramble over the rim, enter the next valley, hike down to the nearest road, hitch to the highway, and visit the world again.

If, he reminds himself, there's any world left to visit.

Cliff strikes a match and holds it inside the Franklin stove.  The wads of paper and the sticks waiting there catch fire at once.  The paper shifts, unfolding, nudged by the flames; the sticks click and snap as they burn; yet the logs resting on the sticks fail to light.  The kindling blazes and fades, but the firewood itself only smolders.  Soon the fire shrinks and flickers out.

"Damn."  Cliff peers into the stove's belly not quite believing what has happened.  He then wads up more paper—pages from back issues of Soldier of Fortune and Prepper—and prods them under the logs.  He forces in more sticks as well:  enough to set a stone afire.

Noticing that his match box is empty, he walks over to the bed, crouches, looks underneath the frame, and finds the watertight case among the guns and ammo.  He pulls out the case and opens it.

He can't believe what he's seeing.  Despite all his preparations, despite the sheer quantity of stuff he has hauled up here, Cliff has already run out of matches.

Hiking out takes half the day.  Climbing over the ridge into the next valley, Cliff works his way through scraggly pine forests to enter groves of mixed fir and aspen.  Enough snow has fallen to slow his descent, but the effort isn't difficult so much as messy.  Several hours more take him all the way to the road.

When he arrives in Vail—some ranchers in a pickup truck have given him a lift—Cliff gets out near the plaza, stands stretching his legs, and considers what to do first.  Should he have some lunch or just buy the matches and clear out?

It's still early in the ski season.  The mountainsides above Vail show only the scantiest accumulation, yet Cliff sees plenty of people around, including many whose sporty attire marks them as tourists.  Watching them, he wonders what he always wonders on visiting Colorado's resort towns:  who are these people, and how do they pull off their strange, idle life?  Do they ever do anything but sit around, show off their designer-label clothes, gossip, flirt, and chat about the coming season?  Don't these people work?  Do they somehow imagine that the high times will keep rolling forever?  Don’t they see the writing on the wall?  Cliff has discussed these issues with friend and foe alike, and almost without exception everyone acknowledges the hazards festering throughout the world.  Acknowledges . . . and ignores.  So much the better to keep frolicking on the slopes and then relaxing in the après-ski cafés.

What will they do, Cliff asks himself, when the going gets rough?  When the economy collapses?  When the climate shrivels, leaving the world to crack apart like mud in a dried-up lake?  When the slum dwellers and welfare cheats riot and revolt?  When earthquakes lay low the cities and great tsunamis engulf the land?  What will they do when they grasp that these calamities are only the first act in a drama so appalling, so apocalyptic in every sense, that the initial survivors will envy the dead?

Not that Cliff hasn't tried to warn them.  He has tried and tried.  Predictably, his efforts have gone nowhere.  Even as the smoldering fires of doom start sprouting flames here, there, and all around, people always respond with a shrug.  Not just acquaintances—friends too.  Even Beth.  "There's nothing I can do about all that," she said many times, "so why bother?"  Or, "Life's for the living, so what's the point of dying a thousand deaths?"  Always an excuse.  Worse yet, laughter.  How often have people listened to Cliff’s warnings and then snickered or guffawed?  Yet once the fires of the Tribulation at last kindle and spread, who will be laughing?

Matches.  Cliff recalls his purpose and sets off to find matches.

He walks around Vail wondering what sort of store will serve his purposes.  He finds it difficult to concentrate on the task at hand, the place so thoroughly turns his stomach.  The whole town is a lie!  Imitation this and fake that—the Swiss Chalet, the Campo de Fiori, La Cantina, the Old West Trading Post, the Yama Sushi House.  Everything claims to be something other than what it is.  Everyone puts on airs and hides behind a facade.  There isn't an honest board, beam, brick, shingle, pipe, or nail in the whole place.

His first attempt takes him to Harding Sundries, essentially a Qwik Stop designed to resemble a frontier-era general store.  Jars of peppermint sticks, barrels of pickles, burlap sacks of flour.  Strings of sausages interspersed with racks of microwave sandwiches, ice cream, snack foods, and condoms.  Harding Sundries has matches, but only the booklet kind—unreliable.  The counter clerk offers this advice:  "Try Hearth & Home down the street."

Hearth & Home turns out to be a fireplace specialty shop.  "These babies," says the proprietress, a lean middle-aged woman whose salmon-hued leotard top and swishy, filmy skirt suggests someone who ought to be warming up before a ballet class.  She holds out a foot-long box.  Cliff takes it reluctantly, hefting it.  "What are they?"

"Just what you requested," she answers.  "Fireplace matches."

He jiggles the lid off.  Visible inside are several dozen dark blue tips.  Yet when Cliff shakes the box hard enough to ease them out, he can't believe what slides into his hand.  The matches are almost twice the length of a pencil.

"Those'll do the trick," the ballerina tells him.

"You don't have anything shorter?"

"Take my word for it—the flame on the end is what matters."

Cliff tenses up.  He knows damn well what matters.  "Look," he says.  "Here's the situation.  I need matches.  I don't give a shit if they're short and stubby.  I can reach into the stove with my own hand, right?  I don't need them attached to chopsticks."

She raises an eyebrow.  "Most people find them rather convenient."

Forcing himself to stay calm, Cliff says, "All right.  How much?"

"Not unreasonable for a quality item."

Cliff almost decides to walk out.  Quality item!  He won't tolerate this bullshit.  Then, just as he swings around to leave, he pulls back.  Better to get it over with.  Why squander the whole day for nothing?  "Ten boxes."

"Ten?" asks the ballerina, smiling again, this time in disbelief.

"Ten.  And I want to borrow your wastebasket."

She looks puzzled but brings the matches and, after walking to the counter's far end, carries over a wastebasket as well.

Cliff pays for the matches in cash:  more than thirty dollars, though the ballerina has given him an additional discount for buying such a large quantity.  Then, pulling out his buck knife—the woman jolts backward a step—he sets to work on the boxes.  The knife has one straight and one serrated edge.  Cliff holds each box of matches by one end; then, wielding the knife like a saw, he cuts through the box and the matchsticks right past the first three inches of their shafts.  He dumps the long end of each box into the wastebasket with a thud.  Finished, he sheaths the knife and returns it, along with all the amputated matchboxes, into his pack.

Fever has been added to your shopping cart.